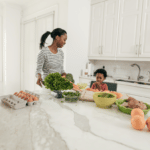 Today’s environmental threats are no longer abstract; climate change, pollution, deforestation, and water scarcity are all major concerns that must be addressed if the planet is to remain habitable for future generations. In light of this, we need to make changes in our daily lives that will positively impact the planet—and your own well-being too! Here are 5 climate-friendly … END_OF_DOCUMENT_TOKEN_TO_BE_REPLACED 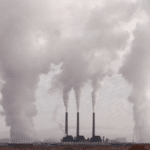 A lot of people have been curious about why we cannot put CO2 from the atmosphere into a lab, break it down and release the O2 back into the air. Others are wondering why we cannot just fix all of nature's problems like this. The first question (“Why can't we collect CO2 from the atmosphere, break it down in a lab and just release the O2 back into the air.”) is very … END_OF_DOCUMENT_TOKEN_TO_BE_REPLACED 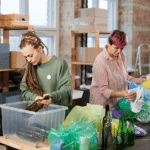 Recycling is extracting value from waste materials, reusing them, and often finishing them so they can be sold to a new consumer. Recycling plays a significant role in reducing the amount of waste generated and helps keep landfills from filling up. But Recycling isn’t just about keeping materials out of the landfill. Recycling is a big part of keeping climate change at bay as … END_OF_DOCUMENT_TOKEN_TO_BE_REPLACED 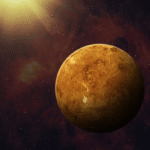 Venus is a little planet that's similar to Earth in many ways. It has an atmosphere, mountains, and even volcanoes! The surface of Venus can't be seen from here because it’s covered with clouds so we don' know what kind of place there might be under all those layers- but space missions have given us some idea about where you'll find yourself if your mission was brought back … END_OF_DOCUMENT_TOKEN_TO_BE_REPLACED 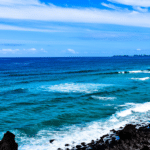 Oceans are heating up faster than ever, thanks to global warming. A new study finds that ocean heat waves are becoming more common and lasting longer. The researchers analyzed ocean heat wave trends in the Indian, Atlantic, and Pacific oceans. Between 1925 and 2004, they found that heat waves lasted longer by an average of 10% per decade. During that time, the average number … END_OF_DOCUMENT_TOKEN_TO_BE_REPLACED

Founded in 2018, At Nature World Today our goal is to enrich and brighten up your day with interesting stories, amusing photos, and viral topics. If you’re looking to take a break from everyday routine, you’ve reached the right place!